Top Ten Tuesday is a weekly meme hosted by the bloggers at The Broke and the Bookish. There’s a different themed top 10 list every week. The event is currently on hiatus, but I’m going to keep it going by either coming up with my own lists or looking at past topics I’ve missed and picking one. This week, Tuesday is July 4th, which is Independence Day in the US. Considering our current reality here is rather dysfunctional, I thought I’d go ahead and make a list of really good (and underrated) dystopian novels/series. Seemed fitting. These are in no particular order.

This novel was astoundingly good and I haven’t heard ANYONE else talking about it. Set in post-apocalyptic Paris where people are separated based on Elements manifested in their personalities, it follows Anaiya 234, a Fire peacekeeper who must sacrifice her identity to go undercover and root out the Resistance. On her journey, however, she discovers that her society may not be all it’s cracked up to be, and that complicates things. It was soooo good. I simply cannot wait for the next book! If you’re interested in more information, you can find my review here.

This book was disturbing, but hard to look away from. In an alternate version of modern-day Britain, magic users are the highest class. People without magic are inferior, and, as part of their inferiority, are forced to serve slave days to the magical upper classes. Each person’s slave days are served for 10 consecutive years, which can be chosen by the individual. As soon as the slave days commence, people effectively lose all of their rights. This novel follows several different people in this society, including a teenager whose family opts to do all of their slave days together and members of the family that oversees their own slaves. Everyone has their own motivations and secrets, and it’s maddening trying to untangle them all. This book will terrify you and break your heart, and you won’t be able to forget it. The sequel is coming out relatively soon. If you want more information, I reviewed it here.

3. An Ember in the Ashes by Sabaa Tahir 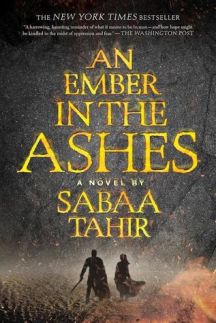 I know most everyone in the known bookverse has read this book. However, I just picked it up recently & I adored it. I absolutely could not put it down. It follows Elias, a member of the elite military in a society resembling Ancient Rome, and Laila, who is helping the Resistance by posing as a slave in Elias’ school. It’s brutal and harsh, and I’m so looking forward to the next book (even if I’ve seen mixed reviews).

4. The Handmaid’s Tale by Margaret Atwood

I feel like I have to say very little about this novel, considering its resurgence to popularity recently from the Hulu series (which is excellent). I’ve read this book multiple times, and unfortunately, it’s still pretty terrifying considering its correlation to current reality. A very powerful read, and I very highly recommend the adaptation, even if it’s fairly different at times.

5. Oryx and Crake by Margaret Atwood

Oryx and Crake is the first novel in Atwood’s MaddAddam trilogy, which is interesting in its own right. This first installment follows Snowman (Jimmy), who may be the last human on earth. It tackles genetic engineering and its potential consequences, while simultaneously telling the story of Jimmy, his best friend Crake, and the woman they loved, Oryx. Definitely worth a read.

6. Parable of the Sower by Octavia Butler 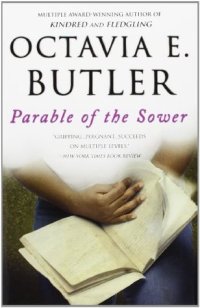 This book is the first in Butler’s Earthseed series. It follows Lauren Olamina, the young daughter of a minister in a society that is broken and chaotic after various environmental and economic crises. It follows Lauren on her journey across this broken America, the followers she picks up, and the faith she begins to build in the ruins of her country. This book and its sequel are both engaging and haunting. A wonderful duology.

7. The Giver by Lois Lowry 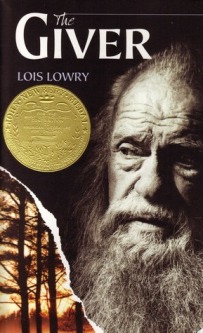 I first read this book in sixth grade and it remains one of my all time favorites. Once I was older, I learned that it was actually part of a quartet, and the rest were fairly delightful to read as well. While sometimes bleak, the overall message of hope is found throughout the quartet, and I just love these books. This initial one follows Jonas, a young man living in a seemingly perfect society. He is apprenticed to the man charged with keeping memories, and he slowly comes to realize that perfection comes at a price. The rest of the quartet tells stories related to other societies, but with cameos from characters in The Giver. I highly recommend them all.

8. When She Woke by Hillary Jordan

This novel is a retelling of The Scarlet Letter, set in a world where the Christian right has found a way to punish those who transgress against their moral ideas. The punishment for murder (in which abortion is included) is to have your skin dyed red. Hannah meets such a fate, and refuses to tell the world the identity of her unborn child’s father. She is released back into society, and her tale is both horrifying and uplifting. I rated this novel a 3, but I feel like I don’t hear much about it, so here it is.

9. The Book of the Unnamed Midwife by Meg Elison

I got this book on Netgalley originally, and I liked it a lot. It’s set in a bleak future, where a plague has decimated the human population, particularly women and children. The plague has also made childbirth a scary prospect for mother and child. In this world, an unnamed midwife is making her way across the country. It’s a world in which women are owned and brutalized by clans of men. The novel follows her journey, as she pretends to be a man and attempts to help the few women she comes across. Bleak, but important read. A sequel was recently published, but I haven’t gotten to it yet. If you’re interested, I reviewed it here.

10. Children of Paranoia by Trevor Shane 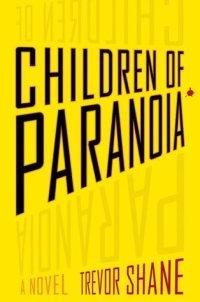 I’m not sure if this technically meets the requirements for dystopia, but I’m including it anyway. It takes place in our world, but an invisible War is happening amongst us. The first rule is no killing innocent bystanders, and the second rule is no killing anyone under the age of 18. Since he turned 18, Joseph has been killing people on the other side of the war. Amongst his missions, he meets and falls in love with Maria, and realizes that leaving the War may be more deadly than fighting it. I’m a huge stickler for finishing series, but I’ve never managed to finish this one, but apparently I have 2 more books to look forward to!

So that finishes my list of dystopian novels for this week. To be fair, I also really love several series that are widely known & I haven’t mentioned here, including The Hunger Games, Divergent, and Red Queen. I just wanted to highlight other dystopians that I have loved.

What dystopian novels do you recommend??

My Tweets
Join 964 other subscribers
Follow Reviews & Read-a-Thons on WordPress.com