Top Ten Tuesday is a meme created by the bloggers at The Broke and the Bookish, with a different theme for a Top 10 list every week. This week’s pick was Top 10 Books for a Book Club that Likes ___________, and I chose to pick the rather vague “unique books” and highlight some books that I think are quite original, offbeat, and/or fun. Some I may have hyped before, but others I have not. Here we go!

1. The Eyre Affair by Jasper Fforde

This is the first in the Thursday Next series. Set in an alternate 1980s England, where the Crimean War is still taking place and dodos are no longer extinct, it follows Thursday Next, a SpecOps agent assigned to Literary Crimes. The importance of literature and fiction in this world is amazing. The world is delightfully and comically built, and it provides lots of “what if” scenarios to discuss, in my opinion. So delightfully fun! The rest of the series is pretty decent as well, and I think there are still plans to release more, though Fforde has mainly been working on The Last Dragonslayer series as of late.

2. The Hollow Chocolate Bunnies of the Apocalypse by Robert Rankin 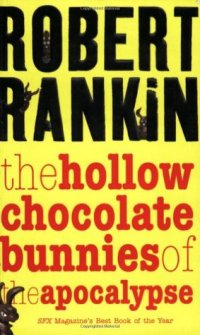 I read this book during a lull in the Thursday Next series. Though I didn’t love it quite as much, the offbeat tone and British humor are still there. It follows Eddie Bear, a teddy bear, and his friend Jack as they try to figure out who is murdering the richest of the rich in Toy Town: nursery rhyme characters. It’s fun. Definitely for adults. There is one more Eddie Bear book as well called The Toyminator, which I didn’t love as much as this one.

A creepy and interesting novel, Night Film is Pessl’s follow-up to one of my favorite books ever: Special Topics in Calamity Physics (also found on this list). It follows an investigative journalist who once knew (and dated? my memory’s a bit fuzzy) Ashley Cordova, daughter to Stanislaus Kordova, a cult-favorite horror film director about whom very little is known. Scott, the journalist, begins probing into Ashley’s apparent suicide, determined to get to the bottom of all of the myths surrounding her father once and for all. It’s an odd, strange novel, but in the end, I enjoyed it, even if I’m not quite sure I understood it. Definitely will spark some discussion.

I recently reviewed this novel here. I loved it because it doesn’t fall into a lot of the same tropes that other YA fantasy/dystopian novels tend to do. The story is a dark fantasy that follows three queens: Mirabella, Arsinoe, & Katherine. The queens are turning triplets, raised apart, who are turning 16. Once they turn 16, they each have a year to murder the other two in order to ascend to the throne. Each chapter follows a different sister, and the novel was full of surprises. It was really hard to form allegiances as a reader because each chapter brought a new aspect to each character, and made me increasingly unsure which, if any, I could trust. By the end, I was completely enthralled and cannot wait for Blake to finish and publish the sequel.

5. Sorcerer to the Crown by Zen Cho

I’ve hyped this novel many times on this blog, but it’s just because I love it so much. It’s a story about magic, set in an alternate Victorian London, featuring an African man and a Victorian woman as the main characters. It is a fun and engaging story, which also incorporates thoughts on race and gender issues of the day. There’s also some romance, and I also am eagerly awaiting the sequel to this one.

6. The Spellman Files by Lisa Lutz

I don’t read mysteries, but I made an exception for The Spellman Files books. Isabel is just such a wonderful and amazing narrator. The whole Spellman clan is fantastic. I’ve frequently laughed out loud while reading about their many antics. If you’re looking for a hardboiled mystery, this is not it. The family is crazy and insane, but runs their own private detective agency, with no one safe from anyone else’s sleuthing. Isabel, the narrator, is a twenty-something hot mess, still living at home. Her younger sister Rae is conniving and manipulative. Their brother David tries to stay away from the family business as much as possible…and their parents are no better than anyone else. It’s a great story with heart, a little bit of mystery, and plenty of laughs.

One of my favorite books of all-time, The Time Traveler’s Wife is a unique take on romance. It follows Henry & Clare and their love story. Henry has a condition where he randomly travels through time, completely out of his own control. One place he travels is the meadow by Clare’s house. Clare meets Henry when she is very small, and grows up with him in her life, eventually discovering their future connection. Henry, however, doesn’t initially know Clare when he first meets her. While sometimes confusing, their alternating takes on their love story are beautiful and majestic. I’ve read and re-read this book and always get something new out of it. Beautiful story, with plenty to discuss.

Another favorite, this book follows Blue van der Meer, who is savvy about all kinds of pop culture. She starts at an elite school, falls in with the bizarre clique, and is soon enveloped in a murder mystery that becomes extremely intense. A little weird, a little strange, but very well written and hard to put down. Also, has lots to discuss. 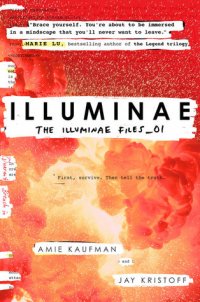 Illuminae is unique because of the format in which it is written. A story set in the future, it follows Kady and Ezra, who’ve broken up just as their planet is invaded. Transferred to different spaceships when evacuated, we see how their story unfolds through documents, transcripts, emails, and IMs. It’s a really interesting sci-fi story with a lot of adventure, heartfelt moments, tears, laughs, and a dash of romance. I’m really excited to read the next installment, Gemina. You can read my review of Illuminae here.

10. House of Leaves by Mark Danielzewski 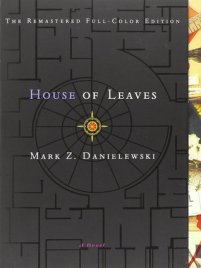 House of Leaves is also written in a non-traditional format. A horror novel, it’s told in footnotes, appendices, and random other formats, as it purports to be originally discovered as just a poorly organized jumble of papers. I don’t remember a ton about it, just that I really enjoyed it. I’m not much of a horror fan, so that’s saying something.

Finally, I couldn’t let a unique book list go without listing this novel. It follows several different people in different times and very different societies. Each person gets a part in the story, then the book begins to follow each again in backwards order. Eventually, you discover how they’re all related. Each story is by itself fairly unique, and the compilation of all of them into a novel is pretty brilliant. It was, at times, a fairly incomprehensible read for me, but that just means there’s a lot to discuss, right?

What was your Top 10 Tuesday theme this week? What unique books would you recommend? Let me know in the comments!